Are You Or A Loved One a Victim Of Global Tel Link Prison Collect Calls?

his class action is focused on Global Tel Link and complaints of fraudulent and unfair billing practices in the California jails and prisons. Global Tel Link prison collect calls reportedly have hidden fees and very high rates. Inmates must use the Global Tel-Link pay phone to contact their family or attorney. These are sometimes collect calls. It’s reported that these calls are billed at rates far higher than long distance carriers like AT&T.

If you or a loved one have placed or received a call from a prison or jail in California and would like to participate in this class action against Global Tel Link, please call us at 424-245-5505 or fill out the form on this page. We would like to hear your complaint or problem.

Global Tel Link is also doing business with ICS in California’s prisons with the Department of Corrections. They are also part of this investigation. There are many problems and complaints about ICS which is known as Inmate Communication Systems.
We want to help in this investigation against Global Tel Link’s alleged unfair and unlawful practices. In addition to charging these high rates, it’s reported that Global Tel Link has a history of hidden billing practices, which include:
(1) causing phones to start billing the account before the call is picked up;
(2) adding on illegal surcharges on every phone call;
(3) dropping calls so Global Tel Link can charge another fee to reconnect the call; and
(4) billing the same calls more than once.

Global Tel Link (“GTL”) is a communications company that provides inmate calling services and offender management solutions to correctional facilities across the United States, including California. According to its website, GTL serves over 2,100 facilities and 1.1 million inmates in 50 states. It serves 27 Department of Correction contracts in over 800 counties. GTL also serves the Federal Bureau of Prisons.

GTL has a history of unlawful billing practices across the nation which we are now investigating. They have been sued in class actions in other states, including New Jersey and Pennsylvania.

There is also an FCC order that requires Global Tel Link and ICS to stop billing at high rates. The FCC has limited the per minute charges to $.25 on interstate calls. However, the billing is much higher in calls within states which is known as intrastate calling. So for calls from one state to another state, the FCC has made a $.25 per minute maximum. But the FCC has not said what the maximum calling rate from inside each state is. So, for example, calling from a residence in Los Angeles County to a prison in Northern California is not regulated by the FCC. There are many complaints about the intrastate calling rates being ridiculously high.

One article in the Prison Legal News in December 2013 reported payments by inmate telephone service providers like ICS and GTL are large and it is estimated that payments to correctional facilities exceed $124 million per year.

LIST OF PRISONS THAT GLOBAL TEL LINK SERVES IN CALIFORNIA

It serves the following facilities in California:

Settlement: Automotive – Verdict in favor of Plaintiff in the amount of US$435,995 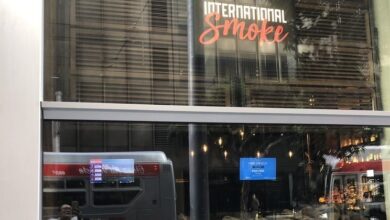